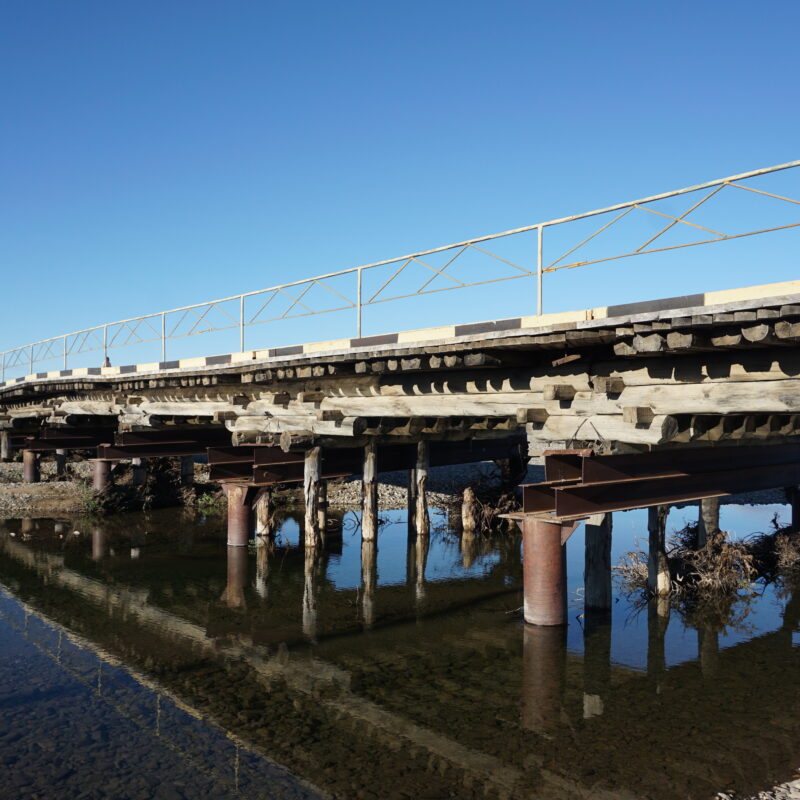 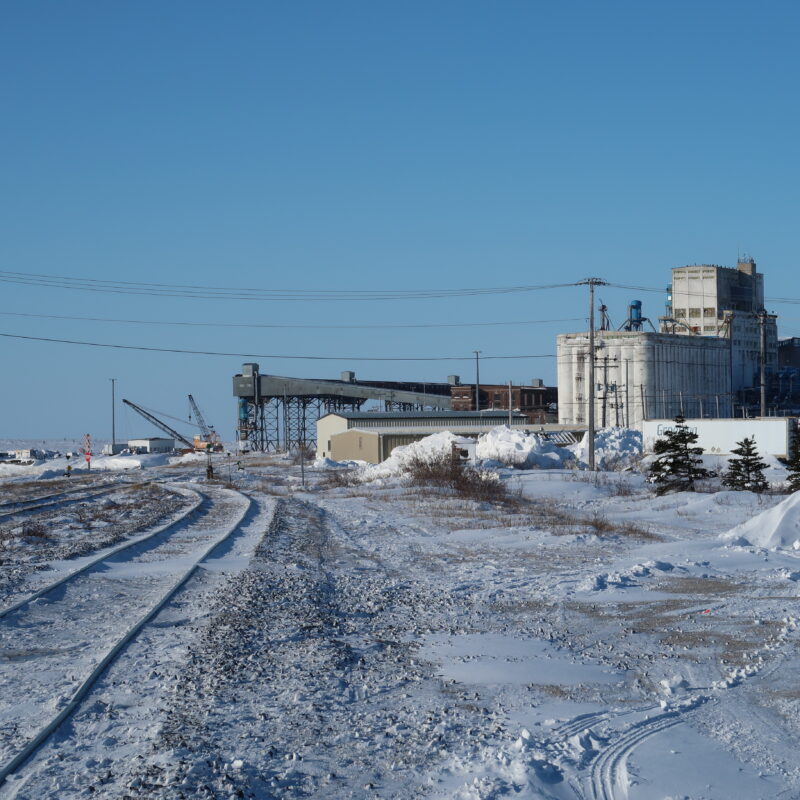 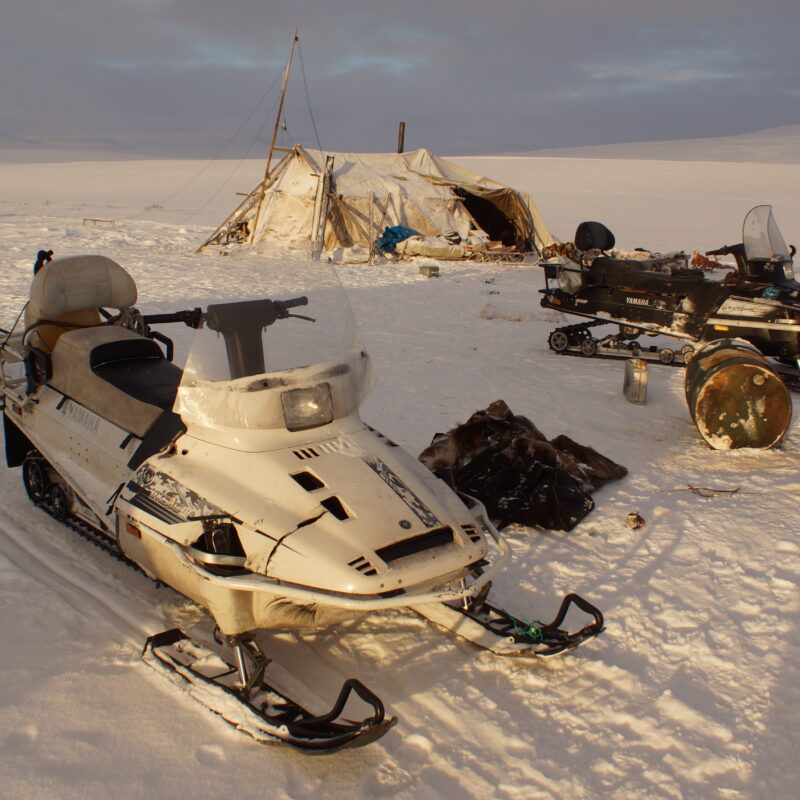 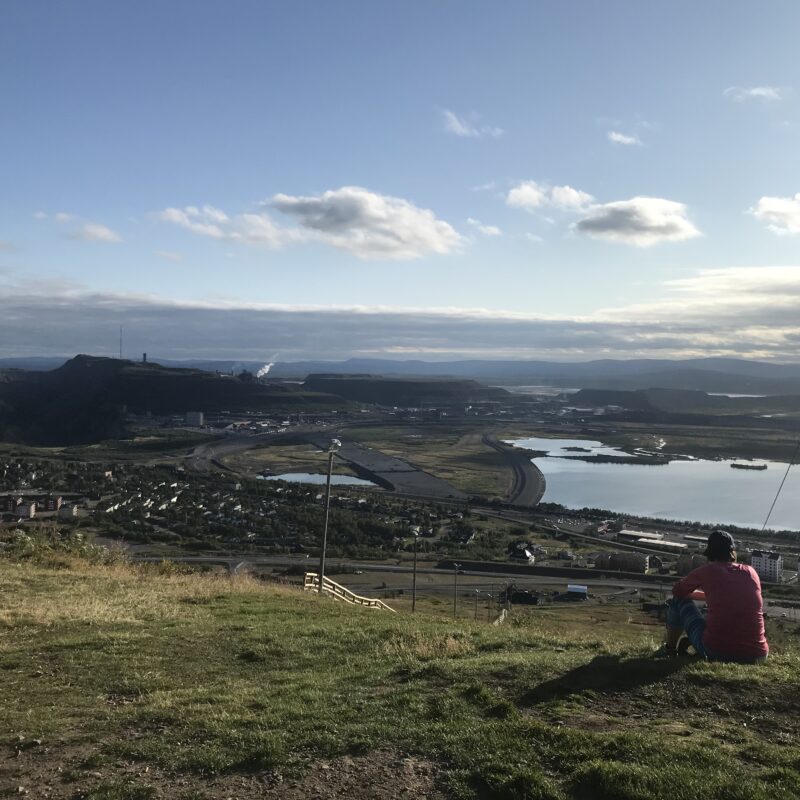 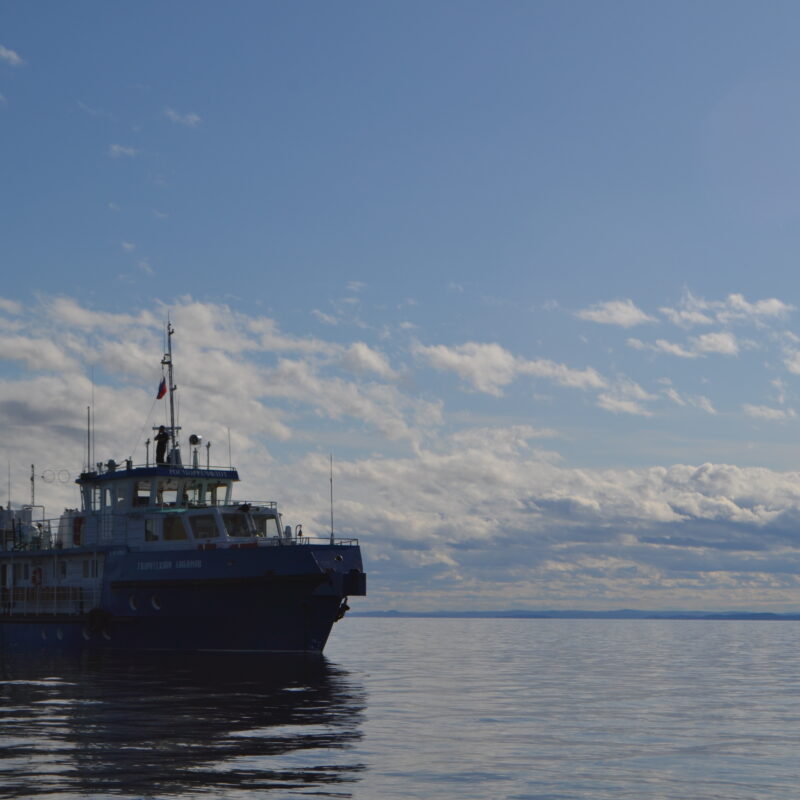 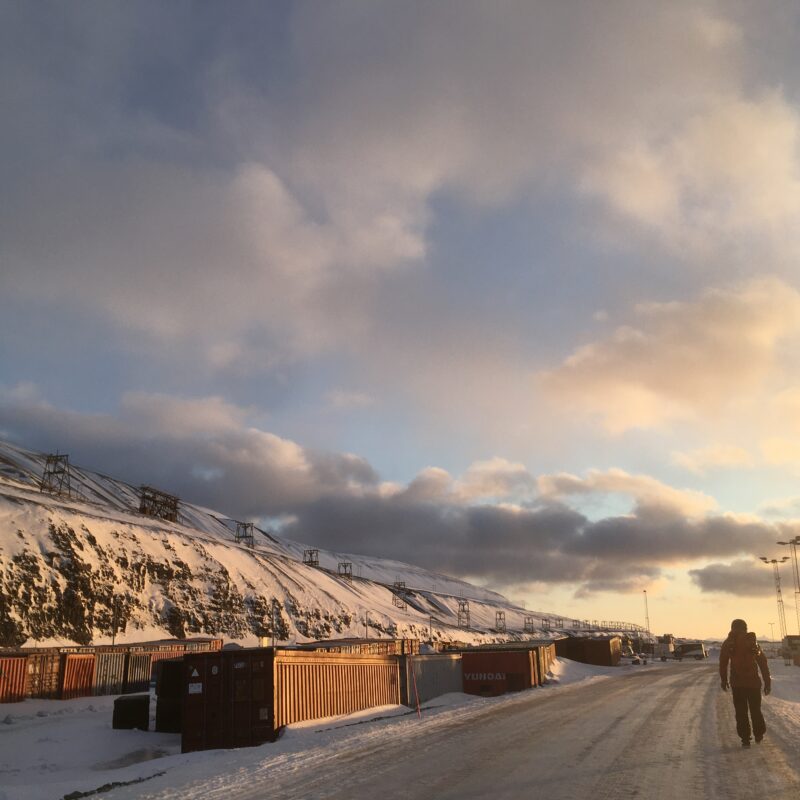 The “new Arctic” is attracting global attention because of geopolitics, (re-)militarization, resource extraction, tourism, and calls for environmental protection in the face of rapid climate change. Many of these activities necessitate the construction or upgrading of transport infrastructures.

The ERC Advanced Grant Project “Building Arctic Futures: Transport Infrastructures and Sustainable Northern Communities” (InfraNorth) is being realized at the University of Vienna and runs from January 2021 to December 2025. It explores how residents of the Arctic engage with transport infrastructures and their intended and unintended local consequences.

Our challenge is to understand whether existing and planned transport infrastructures support permanent human habitation and sustainable communities in the Arctic, or whether they will strengthen a trend of substituting permanent residents with “temporaries” like shift workers, tourists, and military personnel. Or put in another way: What is the role of transport infrastructures in sustaining northern communities?

InfraNorth adopts a relational affordance perspective, which documents the entanglements of local residents and transport infrastructures. Our approach combines ethnographic fieldwork with mapping, future scenario workshops and archival research. Quantitative population data and a survey about the role of transport infrastructures are used to upscale our research from local communities to regional and pan-Arctic levels. In doing so, InfraNorth contributes locally informed results to critical conversations about Arctic futures.

InfraNorth’s Integration Component (IC), which is managed by an interdisciplinary team of geographers and anthropologists, endeavours to coordinate the research effort on what, when and how is going to be investigated in the three study regions of the project (European, North American, and Russian Arctic). To do so, the IC sets up the main lines of comparison between the case study areas and regions. It provides common methodological guidelines so that all project members are able to work with the same research protocol that is, at the same time, flexible enough to deal with the heterogeneity of the case study areas. One key tool in this respect is an on-site field survey exploring relationships between transport infrastructure and local population. It consists of questionnaires that are distributed in situ and are jointly analysed and interpreted using statistical processing and GIS. 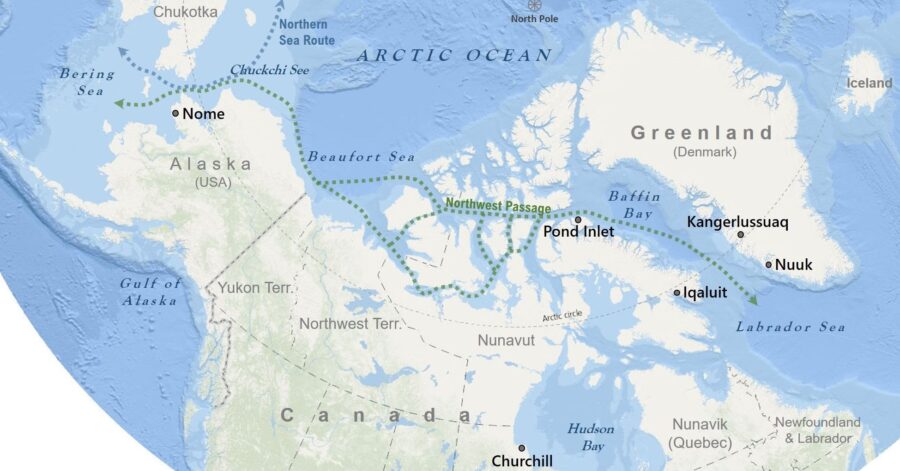 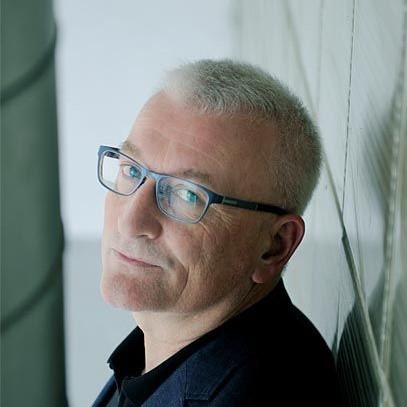 Peter is Professor at the Department of Social and Cultural Anthropology at the University of Vienna and Professor Emeritus at the University of Alaska Fairbanks. He is past president of the International Arctic Social Sciences Association (IASSA) and served as director of the Austrian Polar Research Institute (APRI) from 2016 to 2020.

Research Focus: Schweitzer’s theoretical interests range from kinship and identity politics to human-environmental interactions, including the social lives of infrastructure and the community effects of global climate change; his regional focus areas include the circumpolar North and the former Soviet Union. He has published widely on all of these issues. 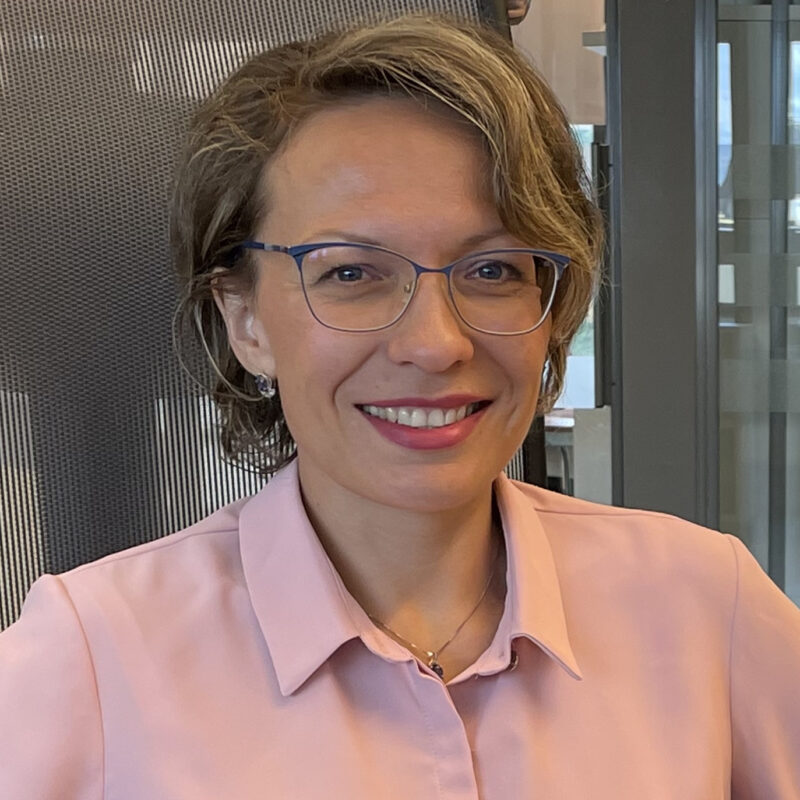 Olga is a PostDoc Researcher and Lecturer at the Department of Social and Cultural Anthropology, University of Vienna, a member of the Social and Human Working Group of the International Arctic Science Committee and a researcher at the Austrian Polar Research Institute. As a research coordinator to InfraNorth, she is responsible for co-organization of the project’s key events and activities and collaboration with associate researchers and partners.

Research Focus: She has conducted long-term ethnographic research and published extensively on the issues of infrastructure and development, postsocialist transformations, indigeneity, ethnicity, gender and identity, climate and environmental changes in the Circumpolar North and Russia. Her previous research and a Ph.D. dissertation defended at the University of Vienna, examined the agency of large-scale infrastructures in the articulation of modernization and nation-building projects in East Siberia. Her research within InfraNorth focuses on the role of maritime and other transport infrastructures in social dynamics and sustainable futures of the coastal communities of Tiksi (Russia), Kirkenes (Norway) and Nome (USA), in the context of changing patterns of connectivity and the new geopolitics of the Arctic. 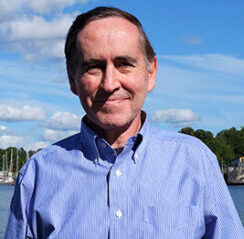 Timothy Heleniak is a Senior Research Fellow at Nordregio. He is the Series Editor of the Routledge Research in Polar Regions. He was the Editor of the journal Polar Geography from 2011 to 2015. He previously worked at the U.S. Bureau of the Census, the World Bank, UNICEF, and George Washington University. He holds a PhD in Geography and an MBA in Finance from the University of Maryland (USA).

Research focus: He is a Human Geographer specializing in migration and population change and regional economic development with regional focuses on the Arctic, the Nordic region, the EU, and Russia. He has a long list of publications, book chapters, and policy briefs on Arctic population issues. He currently has a grant from the National Science Foundation, Office of Polar Programs, titled Polar Peoples: Past, Present, and Future, which examines population change in the Arctic. 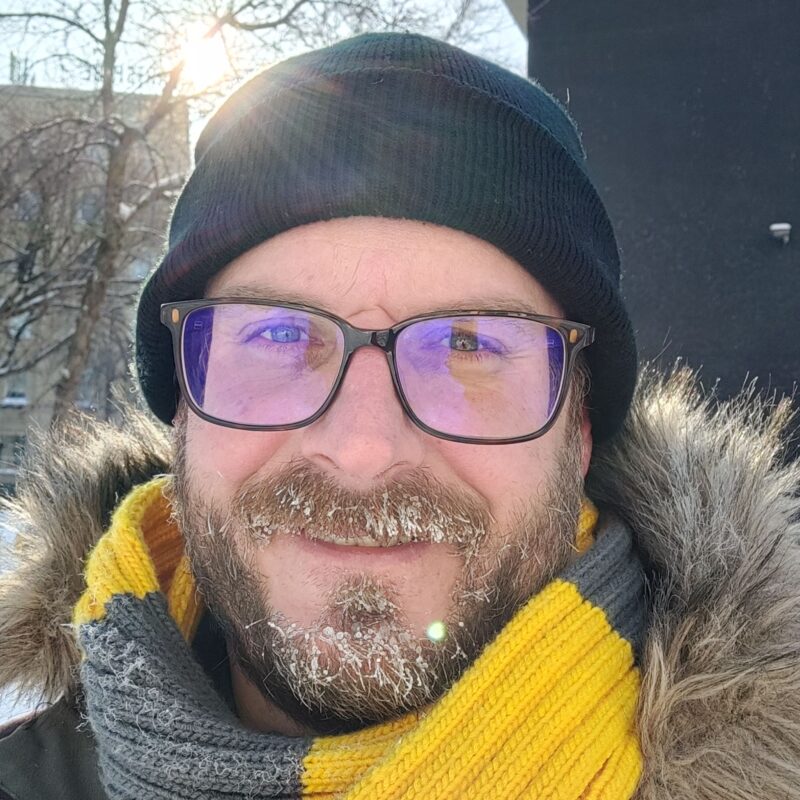 Philipp is a PostDoc Researcher and Lecturer at the Department of Social and Cultural Anthropology, University of Vienna. He has been researching infrastructures, technologies, and media from an anthropological perspective in the Americas and Europe. He explored, for example, socio-technical change, technology appropriation, and digital practices in remote First Nation communities in Canada. His research has been published in peer-reviewed journals and books.

Research Focus: For InfraNorth, Philipp ethnographically explores affordances of transport infrastructures in sustaining communities in (Sub-)Arctic Canada. He is particularly interested in infrastructural entanglements, promises, and failures as well as related processes of change in the small town of Churchill, Manitoba. This town, which has become known as the “Polar Bear Capital of the World”, is unique in terms of transport infrastructures. Churchill is home of Canada’s only deep-water port on the Arctic Ocean. And whereas the town is not accessible via roads, Churchill and its port are connected to the North American railway system. In addition, the town has a relatively large airport which was originally built by the military, but is now supporting in particular the growing tourism industry. 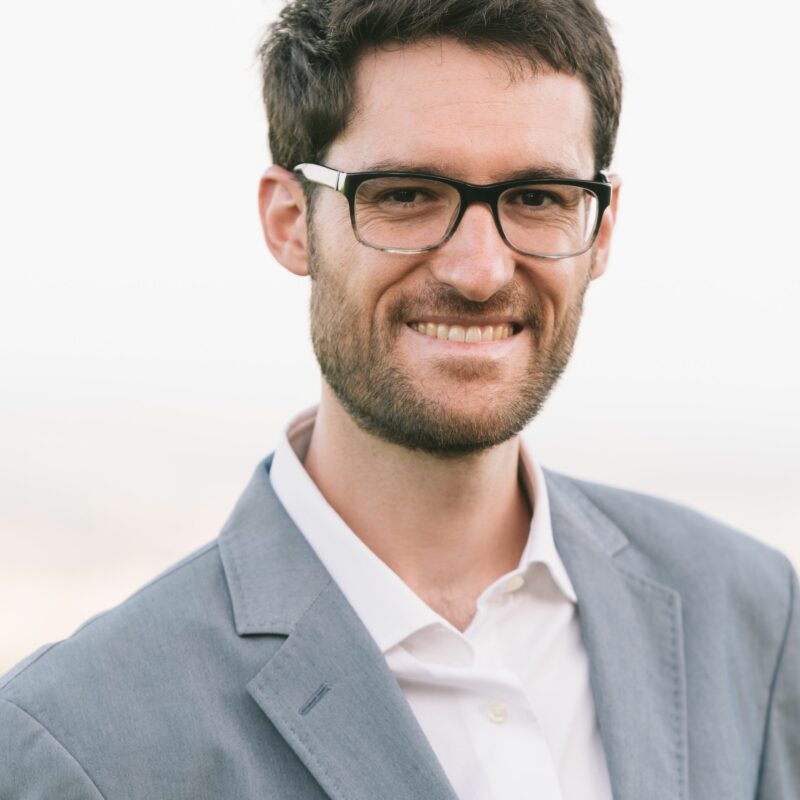 Member of the Austrian Polar Research Institute; currently also working as freelance geographer (lecturing at UNIBA-Universitat de Barcelona in Spain and Universitat Carlemany in Andorra; external expert for the Interreg-MED project EMbleMatiC Plus).

Alexis was born in Barcelona (Spain) and holds a PhD in Geography, Spatial Planning and Environmental Management. Since 2018 he has been working at the Department of Social and Cultural Anthropology of the University of Vienna. He was part of the project Configurations of Remoteness (CoRe): Entanglements between Humans and Transport Infrastructure in the Baikal-Amur Mainline (BAM) Region, being responsible for statistical and cartographic analysis as well as for the outreach portal www.lifeofbam.com.

Research Focus: Alexis is interested in exploring the spatial dimension of human-environmental relationships, and specifically cultural landscape, Toponymy, and territorial development (the latter mainly focused on rural/mountain/marginal areas). He is also interested in cartographic representations of such relationships by using GIS analysis and by developing storytelling. 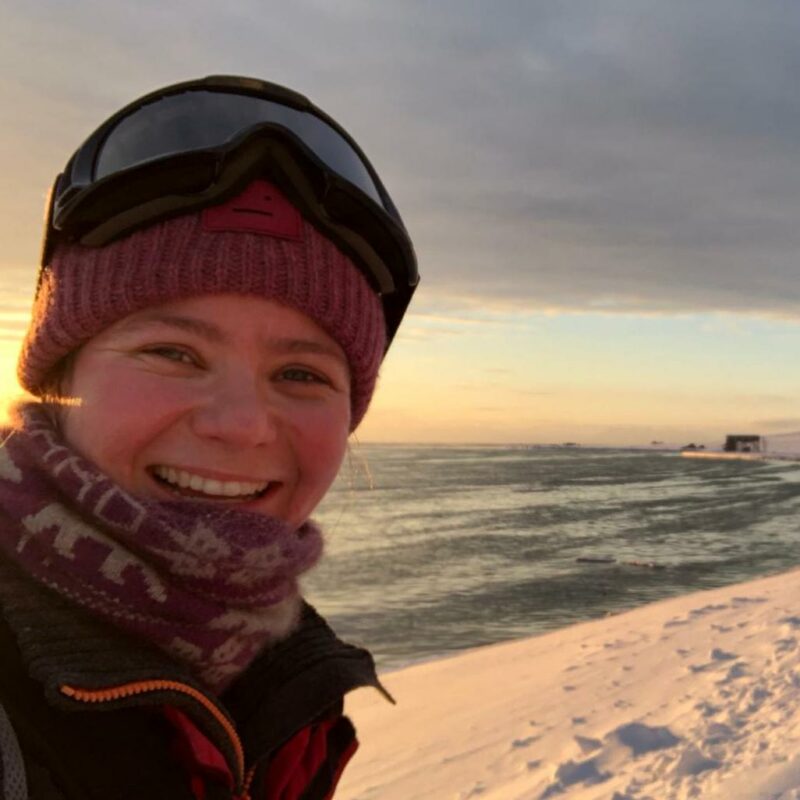 Alexandra is a PhD student at the Department of Social and Cultural Anthropology at the University of Vienna, and a project collaborator in the EU project Nunataryuk: Permafrost thaw and the changing Arctic coast – Science for socioeconomic adaptation. She is board member of the Svalbard Social Science Initiative.

Research Focus: Through long-term ethnographic fieldwork in Longyearbyen, Svalbard, she investigates how the town is impacted by environmental and socio-economic changes, and how people live with, experience, perceive, and respond to these changes. She also studies the practices and associated values of outdoor life and nature use on Svalbard. 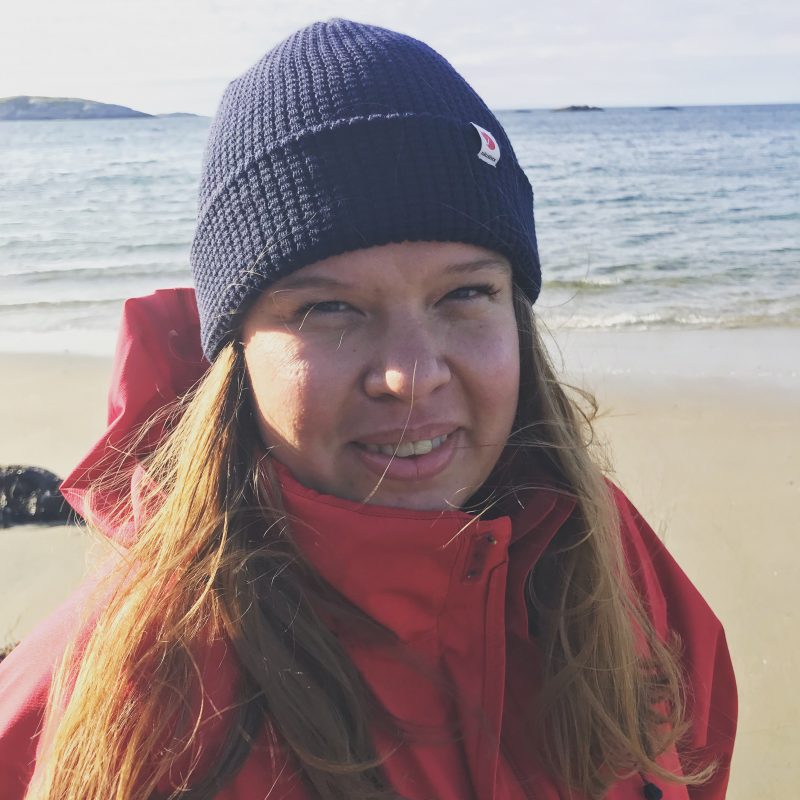 Ria-Maria is a PhD candidate at the Department of Social and Cultural Anthropology, University of Vienna. She has previously worked for the project Live, Work or Leave? Youth – wellbeing and the viability of (post) extractive Arctic industrial cities in Finland and Russia (2018-2020, University of Lapland) and currently contributes to the ERA-Net/Horizon 2020 project Enhancing liveability of small shrinking cities through co-creation (Aalto University) as a guest researcher. She is a member of the Arctic Centre’s Anthropology Team in Rovaniemi, the Austrian Polar Research Institute and the Austrian Subarctic and Arctic Working Group. 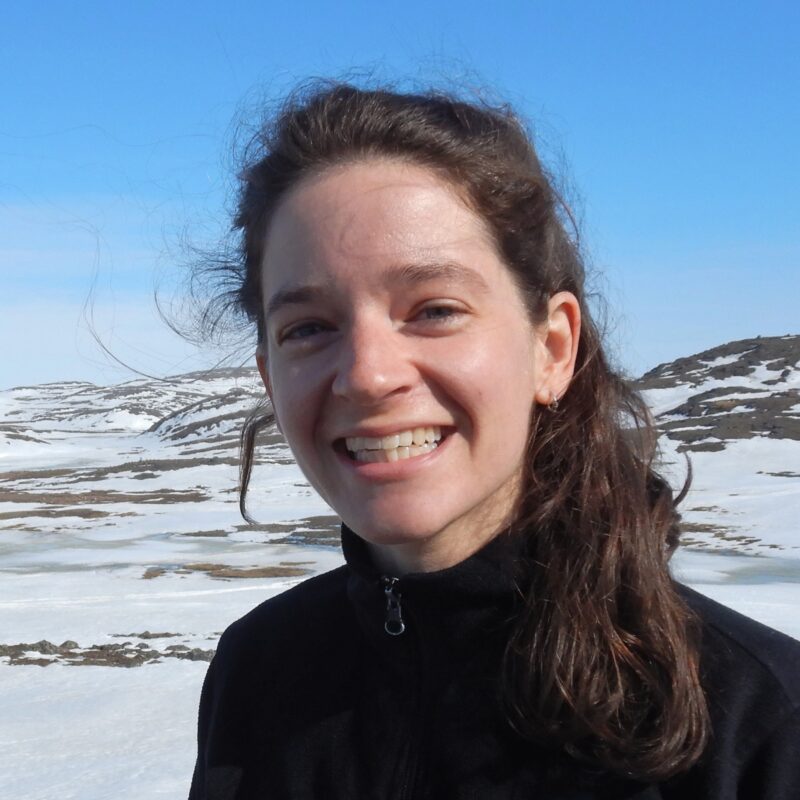 Katrin is a PhD student at the Department of Social and Cultural Anthropology at the University of Vienna. She previously worked with Gitxaała Nation in Canada on the K’tai Social Ecology project and SSHRC-funded Gitxaała Perceptions of Change project (University of British Columbia, 2018-2020). She is a member of the Austrian Polar Research Institute and the Austrian Subarctic and Arctic Working Group, as well as the Association of Polar Early Career Scientists.

Research Focus: Katrin’s research interests include perceptions of change, especially through the lens of cumulative effects analyses, and their influence on socio-economic sustainability, policy-making, and imagined futures of communities. She is based in Nunavut, Canada for this project. Her work centers on the role of Nunavut residents’ imagined futures in the development of transport infrastructure throughout the territory. 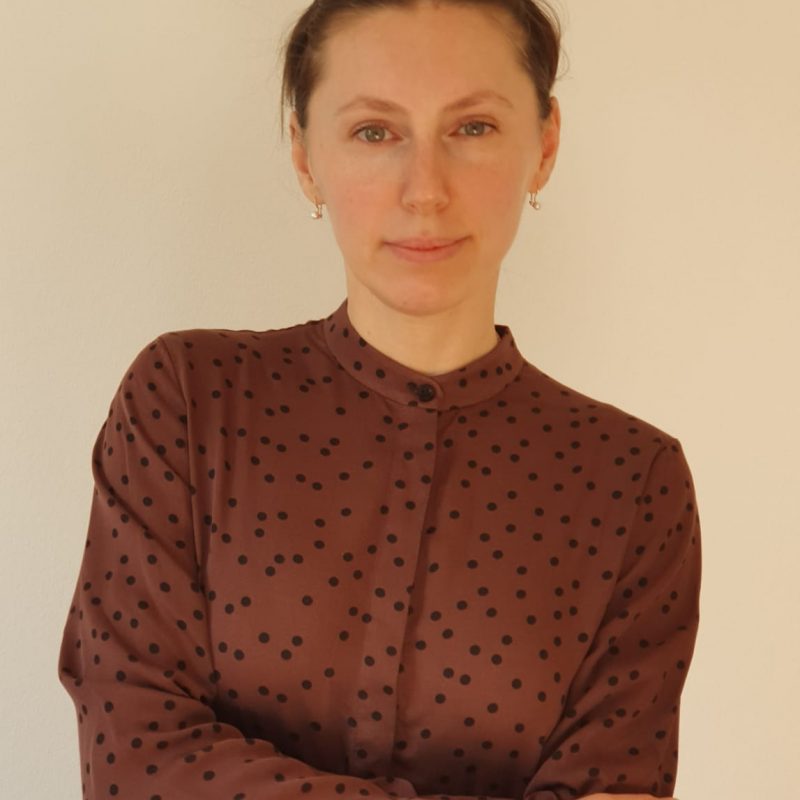 Elena is a PhD student at the Department of Social and Cultural Anthropology at the University of Vienna. She has worked for several projects supported by the Russian Science Foundation that investigated food, supply and small-scale energy regimes in relatively remote communities of the Russian Arctic. She is a member of the Association of Anthropologists and Ethnologists of Russia, the International Arctic Social Sciences Association, the International Union of Anthropological and Ethnological Sciences.

Research Focus: Her research interests center around food-related infrastructures, supply, mobility and materiality of food in the Russian Arctic. Through an ethnographic fieldwork in Chukotka autonomous area as well as archival research she has studied how do people in northern settlements create and maintain their food security and food sovereignty. 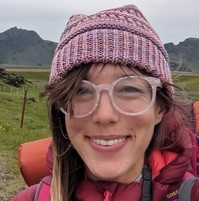 Mia Bennett is a political geographer with geospatial skills analyzing processes of frontier-making in the Arctic from local to regional scales. She has specifically focused on the development of infrastructure ranging from highways to shipping routes. Her current area of focus is the Nordic North Atlantic, where she is examining the impacts of the commercialization of outer space on northern communities through the establishment of spaceports. To investigate these issues, her methods combine fieldwork and critical remote sensing, a subfield whose development she is helping to lead. 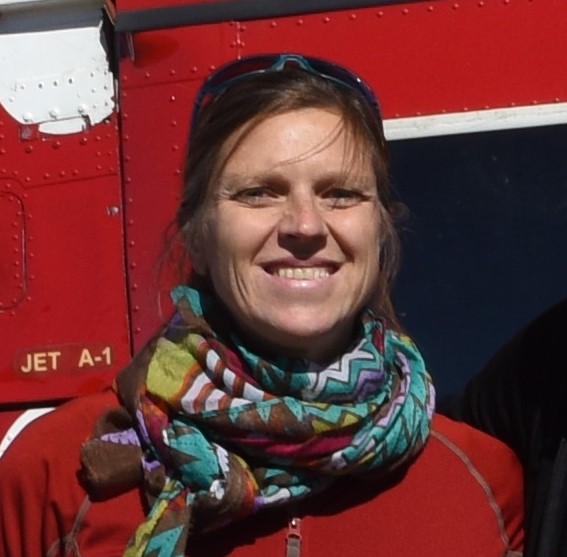 Sophie Elixhauser is a Social Anthropologist specialising in human-environmental relations, mobility, climate change and interpersonal communication in the Arctic, particularly Greenland, and the European Alps. She has conducted long-term fieldwork on the east coast of Greenland working on the importance of the value of personal autonomy in the ways people communicate with each other as well as interact with their environment, and, more recently, on climate/environmental change and local perceptions/attitudes respectively. Moreover, she has inquired into the impacts of military installations/airports built during WWII and the Cold war era for social life, culture and the environment in East Greenland, with a continuing interest in current plans for new airports. 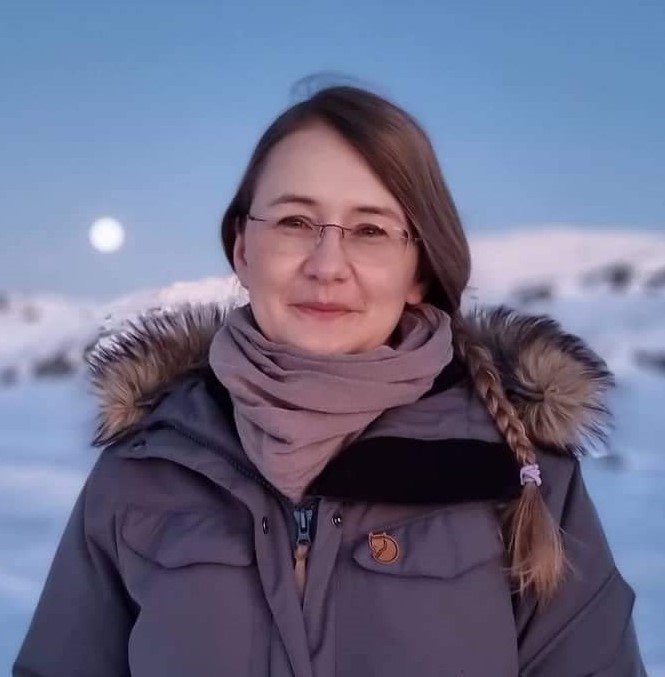 Susan Vanek’s interests include political-economy, political-ecology, policy, and Arctic diplomatic history. Her current research focuses on infrastructure as a key point of confluence through which everyday life intersects with regional, national, and global governance and competing visions of the future are negotiated. Her project explores the ongoing expansion of Greenland’s airport system through this lens with ethnographic fieldwork underway in Nuuk and Kangerlussuaq, Greenland. 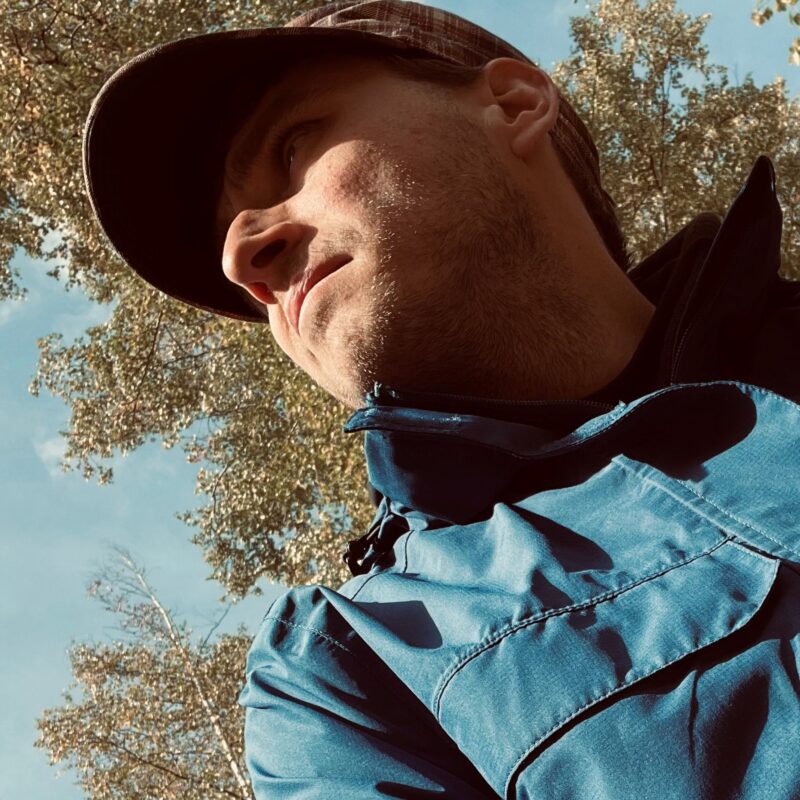 Andreas is a PhD student at the Department of Social & Cultural Anthropology at the University of Vienna. He holds a B.A. in Social & Cultural Anthropology and Geography from the University of Münster (Germany) and an M.A. degree in Social Anthropology and Philosophy from Heidelberg University (Germany). He is a historical anthropologist and geographer with a distinct interest in Global Environmental History, Histories of the American West/New Western History, Borderlands Studies, Histories of Infrastructures, and Black & Indigenous critiques of contemporary Theories of Recognition. In his PhD project, Andreas focuses on the creation of the 141st meridian, the international boundary between Alaska and the Yukon Territory through entanglements of human and More-than-Human entities. More specifically, Andreas’ research engages with salmon—and its transboundary management—to unravel histories of colonization, infrastructural development, and resource extraction in these aqueous borderzone(s). His research is generously funded by the German Scholarship Foundation (Deutsche Studienstiftung) and the ERC Advanced Grant “InfraNorth: Building Arctic Futures”.